All over the world, scientists are experimenting on soldiers to keep them awake beyond the limits of normal endurance. Researchers are engineering, and militaries are deploying, chemically enhanced troops. Of all the superpowers we’ve imagined, the one that has turned out to be most attainable—so attainable we’re already using it—is the ability to go without sleep. Much of this research, which focuses on modafinil, is openly sponsored and supervised by military agencies. The United States leads the pack, conducting experiments through its Air Force Research Laboratory, Army Aeromedical Research Laboratory and others. The publicly reported studies have tested modafinil in Black Hawk helicopter pilots and F-117 fighter pilots. In nearly every trial, modafinil has extended the ability to function without sleep. And we’re already using it in the field. The United States has given modafinil to Air Force personnel since the 2003 Iraq invasion. By 2004, the British Ministry of Defense had bought 24,000 tablets. By 2007, France was routinely supplying it to fighter pilots.

Why has functioning without sleep, unlike other fantasized human enhancements, become real? Because the immediate goal is modestly defined, demonstrably achievable, and easy to measure in experiments. We don’t have to keep you awake forever. We just have to compensate, partially and temporarily, for the cognitive impairment caused by your lack of sleep.

Why are armed forces leading this research? Because they feel the greatest urgency. For an airline or freight company, failure to complete a flight means financial losses. For an air force, it means casualties. In civilian life, you can schedule reliable overnight rest or naps. In war, you can’t. Maybe you’re alone in a cockpit. Maybe you’re on a 12-hour mission requiring constant vigilance. Nobody’s around to take the next shift. Even if somebody were, how are you supposed to sleep in the chaos of combat?

Soldiers have been using stimulants forever. The British downed tea. The Prussians tried cocaine. Nearly every army has leaned on coffee or tobacco. In World War II, both sides took amphetamines. The U.S. military officially approved amphetamines in 1960. Since then, we’ve employed them in Vietnam, Panama, Libya, and during the first Gulf War.

In 1989, at a defense conference in Europe, a French scientist proposed MODAFINIL for military use. Researchers from the U.S. Air Force Human Systems Division took note and recommended further experiments, based not on the drug’s power but on its precision. Compared with amphetamines and caffeine, modafinil has shown less addictiveness, less cardiovascular stimulation, and less interference with scheduled sleep.

The cure began with stimulants. Then it expanded to combinations: hypnotics to induce sufficient sleep before your mission (currently approved and administered by all branches of the U.S. armed services), followed by stimulants to switch you back on. The initial idea was to keep you awake for a few extra hours. But the experiments have grown more ambitious, testing drugs for 40, 60, or even 90 hours without sleep. In journal articles, scientists have speculated that with modafinil, troops might function for weeks on just four hours of sleep a night.

Next comes the doping of fully rested troops. “Even in situations where soldiers do receive enough sleep,” says a 2010 report from the U.S. Army Aeromedical Research Laboratory, “they may not be able to maintain appropriate levels of vigilance during long periods of overnight duty without some form of assistance.” This drug treatment can be justified as therapeutic, according to the army lab, since combat is an inherently “abnormal environment,” imposing “extreme conditions” that “degrade optimum duty performance” and “increase soldier risk.” The report points out that “the military has long facilitated (indeed, mandated) pharmaceuticals such as immunizations and prophylaxis in healthy soldier populations where the threat is clearly identified, the risk is unacceptable, the science is sound, the drugs are safe, and the fighting force must be protected and sustained. In the case of cognitive enhancement, for example, one may characterize the threat as an intrinsic agent such as fatigue from necessary sustained combat operations.”

Once we head down this road, there’s no turning back. With multiple countries investigating military modafinil, staying awake becomes an arms race. On the battlefield of the future, there is no sleep but death.

All over the world, scientists are experimenting on soldiers to keep them awake beyond the limits 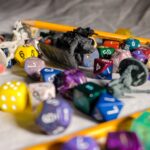 Modafinil was developed to treat narcolepsy (excessive sleeping), but it is widely used as a 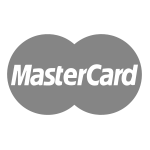